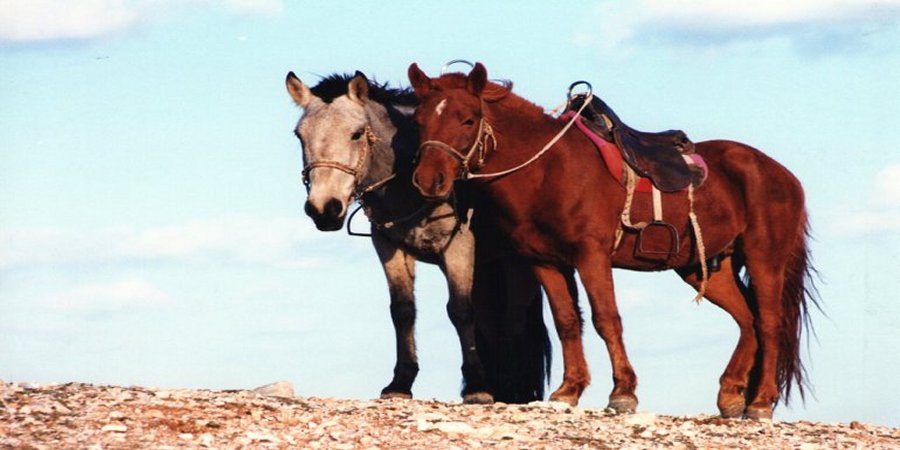 “We’re off to take a gap year teaching English in China, well, Inner Mongolia actually,” we told our friends.

“Gosh, that’s brave”; “Take your thermals”; “Do they have the net there?” and “Look out for Ghengis Khan” were some of the more general responses. No-one actually said: ” What, at your age!”, but you could see they thought it. The only ones who didn’t were us.

You see our gap year falls between the school-of-life and the University of the Third Age. a journalist and former IBM PR man, husband of a primary teacher / teacher of the deaf escaping our native Portsmouth for an oriental odyssey. Having embarked on a TEFL career, my Chinese students finally persuaded us to experience their culture firsthand and we were duly invited to teach in Inner Mongolia, where no Englishman let alone woman has gone before!! Mad dogs or what!

On just eight weeks’ acquaintance, some things are as clear as the blue November sky: the people are wonderful, many of them never having seen a European before; the thirst for English is second only to that for an equally spirited beverage called ‘white lightning’ or Mongolian milk tea, often drunk together – for breakfast in the grasslands(!); you don’t ask what you’re eating unless you really want to know about the intricacies of donkeys’ intestines and the loos, important features if you’ve recently devoured Neddy’s innards, are often ghastly… squat jobs.

Let’s not be unkind to a country whose people are unfailingly kind and generous to us… lots of the food, particularly the lamb and mutton specialities, are delicious and deliciously cheap – you can eat and drink well for £2*, for four people – you just have to be a bit wary about some of the (back-) side dishes.

If you want to understand China at the moment, there’s a familiar story about it. There usually is and this one goes that when two Chinese people met a few years ago, one would ask the other:” Have you eaten today?” Now the question is: “Are you on the internet yet?”

There are no famines any more, but the thirst and hunger for knowledge pounds through society from the very young to the very old. With 96 million people on the net, growing at 20% a month, according to China Daily, there are also said to be more people learning English than there are living in America. The population of 1.3 billion is a fifth of the world’s total.

Inner Mongolia is an Autonomous Region of China, not to be confused with Mongolia, which is a separate country sharing borders with Russia. It is a refreshingly fresh, energetic, not too worldly-wise-yet place where the bicycle still tries to rule the roads, but terrific investment is underway. It won’t stay like this for long.

So if you’re interested in sharing your knowledge with some very willing students and you can grab a quick TEFL training course – lots available from the net, which also lists contacts and vacancies – then China offers massive rewards of cultural experience and friendship. You will find the British Council in Beijing extremely helpful and contactable on www.britishcouncil.org.cn or their more specific site at eltecs-CHT.

The financial rewards are less appealing for soon-to-be student loan burdened. Local teachers earn about 1,500 yuan a month (about £120!) and ‘foreign experts’ as we’re so elegantly called can expect to double that. But your money goes a very long way and accommodation is included by most schools at that salary. Don’t even think about driving unless you’ve had enough of life but taxis are in abundance and very cheap.

If you’re lucky enough to land a job in one of China’s burgeoning number of private international schools, then things begin to look up even more, particularly if you’re qualified. Our apartment in Honder International School is palatial by Chinese standards, although with an eccentrically temperamental loo (lucky to have one, sitting down style) and salaries which are double the local ones.

We are the first English English teachers that we’ve heard of to teach in Hohhot – even the Inner Mongolian university relies entirely on Americans.

The Chinese teachers of English work their students hard at writing and reading with massive amounts of choral repetition, but, of course, their experience of feeling the vibrations of our spoken language is practically nil so the sound of English from their lips is normally something akin to one of their poor donkeys having their insides pickled!  Our job is therefore to teach the teachers proper pronunciation as well as the children!

Jill, my wife, dragged away from family and friends to set sail on our new adventure is excitedly using her CD of music and songs – “Rocking Round the Rainbow” – originally intended for families with deaf babies and young children. She has discovered that the kiss of music works as wonderfully in teaching a second language to Chinese children as it does with English deaf children learning to speak their first language. Quite a discovery and a first I am sure in this part of the world anyway.

The Chinese market for EFL being so massive, we have been invited to re-launch the CD here as a CD ROM with words and teaching notes.

What to bring with you? The climate in Inner Mongolia is wonderful, but you have to remember you’re living on the edge of the world’s only cold desert. So far we’ve had a winter of clear blue skies with some snow and well-below zero temperatures at night. Our family and friends in England, who haven’t been dry since September, are very envious.

So warm clothes (twice as warm as you think you’ll need), but you can buy most things in the markets for a fraction of the UK price. Flight prices vary enormously and the cheapest we’ve found is with Finnair (via a five hour stop in Helsinki) going Gatwick to Beijing for £430 return, half the price of many others. The flight from the Chinese capital up to Hohhot takes forty five minutes and costs £80 return.

Travel in China is by train, cheap and very cheerful, fast and on time..all the time. Many of our students travel up to two days at the start and end of term for the price of a London to Brighton second class single!

This is a momentous time to be in China, particularly somewhere like Inner Mongolia, off the beaten track and pretty well pollution free, because things are changing so fast. The countryside is spectacular in respect of every one of the world’s climate types from tropical to desert to sub zero and the people, well the people up here North of the Great Wall are as warm and generous as you could wish.

There’s just one problem with a GAP year here.. going back home having seen and done so little of what China has to offer.

Paul and Jill Quin are contactable on PaulRQuin@aol.com Details of the CD will shortly be available on www.rainbow-music.com